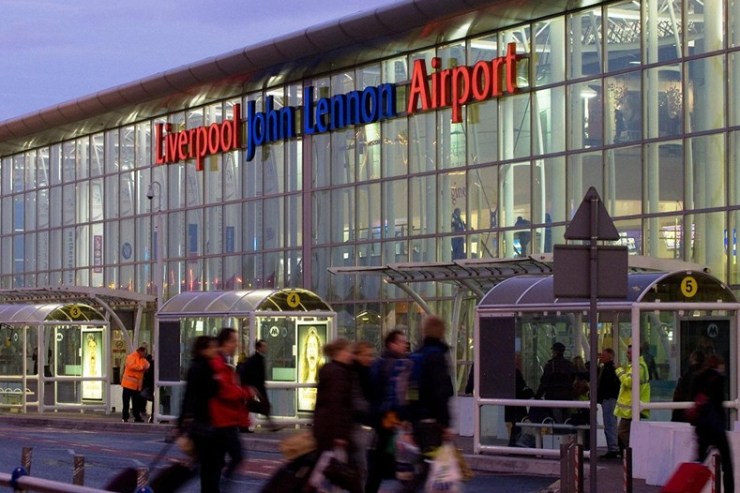 Ready to deliver a 7.5 per cent uplift in the Liverpool region economy. What would it be without APD?

Received wisdom suggests that Britain is a small island – and it is when compared with, say, Greenland. But it’s still an island and you need to get off it from time to time.  Airports provide a solution, and are good for a region’s economy, too.

Of course, it could be more: traffic fell back during the recession from almost six million passengers a year to a little over four million, but growth has been restored under the imaginative leadership of owners Peel and airport CEO Andrew Cornish.  New routes are being added, notably to hub airports Schipol and Dublin, connecting the city via Fly Be and Aer Lingus to a range of code sharing agreements, making it easier for global travellers to find – and reach – the city from their desk tops in, say, New York or Dubai.  No such capability exists with the low cost carriers that are the airport’s mainstay.

But Liverpool will never be a Manchester airport, the long haul leviathan 28 miles to the east, says Cornish.  The focus has to be on giving passengers a different experience that draws out Liverpool’s advantages of speed, ease of use and friendliness.

“Our aim is not to process passengers, but to give them an experience they will enjoy,” he says in conversation with The Times. “Airports have allowed the necessary security checks to turn into processing.” Mr Cornish believes peer polling that measures customer satisfaction against 32 aspects of passenger experience can help reinforce Liverpool’s advantages if the findings are acted upon. “Out of 19 peer-group airports, we are number two for check-in time, number three for security-check time and first for baggage reclaim,” he says.

At a presentation last week to members of lobby group Professional Liverpool Cornish outlined how the airport’s services philosophy will provide a point of market distinction as he seeks to grow passenger numbers: “We want to be the airport that the region loves,” he said to an audience of more than a hundred local business leaders, as he outlined how he would grow passenger numbers from four million to seven million. That expansion will only be a success if travellers can continue to move from the car park to the flight gate in just 20 minutes.

Cornish is passionate about the airport’s potential contribution to economic growth and feels that Air Passenger Duty (APD) is a break on regional airport expansion. “It’s like a taxi metre for the Treasury,” he believes.  “Difficult to turn off.”  But would its abolition drive growth?  Others think so.

Take employment.  According to the London School of Economics just adding a new destination from a regional airport like Liverpool can add between 98 and and 223 new jobs and the opening of between 4 and 15 new businesses.  Other research has shown that a 50 per cent increase in air traffic can lead to a 7.5 per cent rise in real GDP in a region’s economy over a twenty year period, which points to the prize awaiting Liverpool should Cornish’s ambition to grow passenger throughput to 7 million a year be realised.

So what’s getting in the way?  APD doesn’t help, says Cornish, although he acknowledges that recent changes, such as abolishing it on short haul flights for children under 12 years of age have been useful.  Thereafter, it’s the usual mix of planning, environmental and market demand issues, none of which are to be dismissed lightly, of course.  Except that there’s one more: the airport itself; its brand; and the way in which it is valued (or otherwise) by its local community.

Cornish’s drive to ensure that Liverpudlians take their airport to their hearts by focusing on superior service and customer experience could just be the answer.  As the man who developed the John Lennon Airport brand (with the excellent Robin Marrion) back in 2001 I say amen to that.