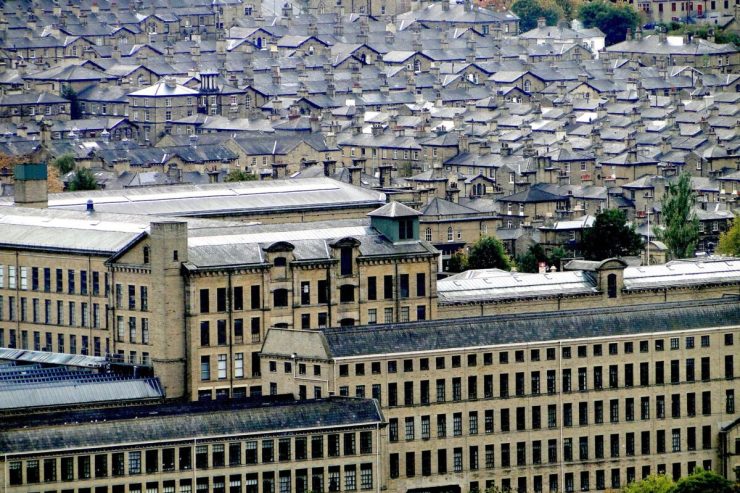 Once the world's woollen capital.

Not been to Bradford lately?  You should, suggests Dougal Paver.

You can smell a place’s wealth.  It oozes from the pores of its buildings, the cut of its pedestrians and the purr of its motor cars.  Poverty does the same.  Aspiration, meantime, fights to be heard.

Bradford is aspirational, but was once fabulously – and I mean fabulously – wealthy.  I was introduced recently to its city centre, pacing every inch with a client as he assessed it for a possible investment.  And it is stunning.  Leeds, Manchester?  Pah!  If Victorian architecture is your thing then you’ve arrived.

This place must have been dripping with money back in its hey-day as capital of the world’s wool trade.  And don’t believe a word about dour Yorkshiremen leading modest Methodist lives.  There are more neo-Gothic flourishes than you can shake a finial at thanks to merchants competing with one another to throw up buildings reflecting their billionaire status.

But Bradford struggles, and you can tell.  It sits in Leeds’ shadow and that’s where the money goes, reflected in a relative paucity of upmarket shops, cafes, bars and hotels.  They’re trying to fix it with a shiny new shopping centre, but it’s a scaled down version of Westfield’s original vision and the shops are all mid-market chains.  It’ll help claw back some of the leakage of retail spend, but not entirely.  Because there’s money in Bradford allright – just head north out towards the moors through suburbs such as Ilkley and you’ll see for yourself.  But it ain’t finding its way in to the centre of this most handsome of cities.  That’s a shame, because it deserves to sparkle.