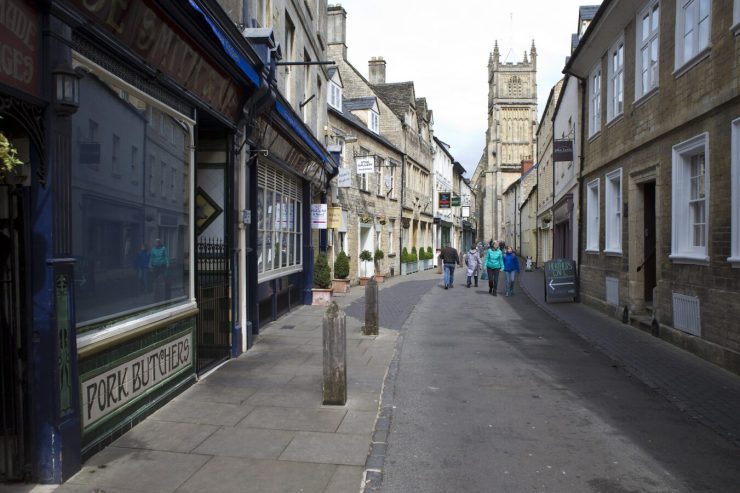 Company Voluntary Arrangements – CVAs – are a means by which retailers can stave off bankruptcy by seeking creditors’ support for the reduction of their debt burden.  But whilst such moves may protect jobs, as retailers claim, some say they are being abused to help retailers duck out of lease agreements voluntarily entered in to.  Merrion MD Dougal Paver looks at the issue and asks what it means for the British High Street.

Today’s news that House of Fraser is to close 31 under-performing stores as part of a wider rescue package will have been met with dismay by Britain’s institutional landlords, punch-drunk from one CVA after another.

There’s no doubt that British retailers are being squeezed from all sides, with the growth in internet shopping, the rise of the minimum wage, rates re-valuations and rising stock costs due to a low Sterling all squeezing margins.  With the now dreaded quarterly rent payments taking on added significance many have given up to the inevitable and sought the protection of the courts and the support of creditors to try and remain in the game.

But behind the scenes institutional landlords are now crying foul – and today their trade body, the British Property Federation, called for an urgent government review, stating that CVAs lack transparency and fairness, with landlords expected to offer the bulk of ‘savings’.

There’s more than a whiff of opportunism among some CVAs, many landlords believe, with retailers seeing them as a chance to trim their estates to only the most solidly-performing outlets, allowing their web sites to take up the slack.  Multi-channel distribution is where it’s at, they say: ‘experiential’ retail in the big cities, where consumers can kick a brand’s metaphorical tyres, supplemented by on-line sales that exploit same-day and next-day delivery cycles.

Thing is, if a giant like Tesco can’t make a decent fist of running a multi-channel retail offer, what hope is there for the rest?  It has announced that it is to close its Tesco Direct offer on July 9th after failing to make sufficient profit from the venture.  And all the while Amazon and eBay continue to grow in to leviathans, offering everything from groceries to camping equipment, sports gear to jewellery, books to original TV content.

The prognosis for the British High Street is grim – unless, of course, you believe that good quality civic design – place-making in today’s vernacular – can help reverse the trend.  The consumer search for authenticity and unique experiences favours those towns and cities that can combine a distinctive physical realm with variety and uniqueness in its retail offer.  Boggo ‘me-too’ retail offers and lifeless town centres won’t cut it any more, it seems.  And with just 20 per cent of UK retail sales made on-line there’s plenty more scope for on-line retailers to nick the High Street’s lunch.

I’m advising a nimble general merchandise on-line retailer at the moment and their speed of action and product delivery is fascinating to see. They spot trends and have product on their on-line shelves in no time, with the flexibility to work their pricing to out-perform competitors in a jiffy.  They use Amazon, eBay and other on-line platforms so their only infrastructure costs are their warehousing and fulfilment operations.

It’s an uneven playing field and they’re selling products for which experiential retail is either unsuited or irrelevant for customers seeking speed of delivery and a bargain.

But all is not lost: at a fascinating dinner last week hosted by those fine fellows at Downtown in Business Laurence Llewellyn-Bowen cited the changes to his home town of Cirencester as indicative of how the High Street can fight back.  Up until the crash, he told us, it was the usual ‘clone town’ offer.  Then the multiples began retrenching and units became free.  Landlords, needing to fill their space to stop haemorrhaging cash, began letting units to imaginative local craft makers – the butchers, bakers and candlestick makers of yore.  And the result?  The complete rejuvenation of the town centre as people flocked in search of the unique, quality products on offer.