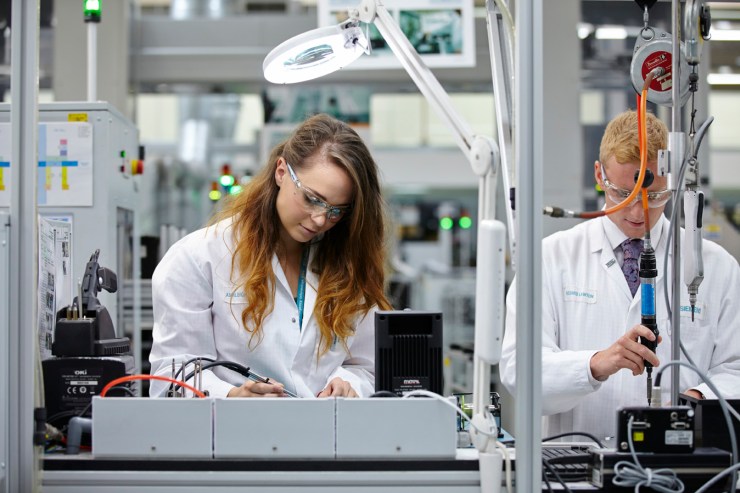 Someone lend them a tenner.

The publication today of a report by the CBI suggesting that the ‘funding ladder’ for mid-sized businesses is broken is bound to catch the government’s eye.  The CBI Stepping Up report offers some interesting remedies to the problem of the absence of bank funding for fast-growing mid-sized companies, which has fallen by 22% since the banking crash.

As the corporatist, provisional wing of the pro-European movement it’s a little unusual, perhaps, to see the CBI taking on the government on such a key policy area.  But is it really?  The tenor of the report, and its key recommendations appear eminently sensible.  In short, it says that the massive reduction in available loan finance for mid-sized businesses is holding the economy back and making it harder for this key sector of the economy to invest.  Something needs to be done, and the somebody to do it is the chancellor, it says.

When you consider that, in job creation terms, mid-sized firms are amongst the most productive sources of employment in the economy, it’s little wonder that they are being championed.  As John Cridland, the CBI’s director general says:

“Building up a British ‘mittelstand’ of successful medium-sized businesses is mission critical to our economic future. With little recognition, these firms quietly toil away, creating jobs in communities and boosting growth in every corner of the nation.

“A key part of unlocking their enormous potential is for the Government to fix the funding ladder, filling in the gaps in supply of long-term finance that the UK’s brightest growing firms need to succeed.”

The CBI’s figures suggest that there’s a £20bn annual prize in additional output to be earned if we can get the mid-market fizzing.  That’s some gain.  And with a listening chancellor, there’s half a chance that some, if not all, of its seven key recommendations will be implemented.  With the economy fizzing again the Tories will be desperate to consolidate its gains.  What are the odds on this becoming the next plank of its economic agenda, alongside the Northern Powerhouse?