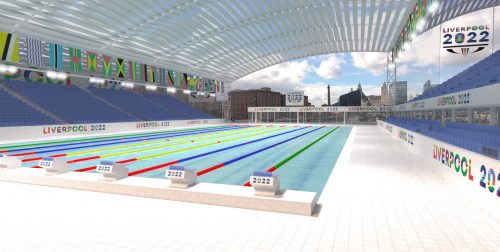 Merrion’s MD, Dougal Paver, has been a cheerleader for his home city of Liverpool for longer than he cares to admit and has seen how confidence and ballsiness breed success.  But chutzpah can also shield a city from the harsh realities of how others view it, as a recent incident demonstrated.

We’ve all experienced it: a reality check from a loved one or close friend; something that pulls us up short and makes us realise that we need to rein ourselves in a little.  And when we reflect on it later we’re thankful that we have such people around us that are prepared to tell it like it is.

As Liverpool makes its bid to host the 2022 Commonwealth Games (bringing forward its scheduled bid for the 2026 event now that the intended host Durban has had to bow out) we have reached for our lexicon of superlatives to describe the city’s fitness for such an accolade.  And, to be fair, our track record of delivery of major beanos is impressive indeed, starting with our stellar year as European Capital of Culture in 2008.  Having worked on that bid, it was always hugely gratifying to see that what we promised, we delivered.

Our sporting heritage ain’t bad, either (although the city’s daily newspaper, The Liverpool Echo, may have been over-stating things a little when it described my home town as ‘world capital of football’.  Madrid, anyone?).  We’re a darned hospitable and handsome place, too, and there’s no doubt delegates would have an absolute blast here.  Much more so than Birmingham, in my opinion – which is a city I rather like.

We’ve got some cracking ideas for venues, top of which is the dockland pool (see image, above), offering spectators and the media alike stunning views of the city’s UNESCO World Heritage waterfront.  On such creativity are winning bids built.

And should we win then there’s no doubt the impact will be significant, economically, in terms of investor confidence and with regards to delivering the next step-change to the city’s regeneration.

Yet as we proudly proclaimed our great strengths it fell to investment group M&G to bring us back down to earth, albeit unintentionally.  ‘M&G targets ‘big six’ UK cities in new drive’, trilled the Property Week headline, as the story extolled the investment giant’s break for the provinces.  Liverpool was not on the list, despite the fact that it’s the fourth largest city region in the UK outside London.

Under the harsh commercial spotlight cast by the UK’s property investment and development community Liverpool is not ‘world class’, as some describe the city.  Indeed, as M&G’s unintended slight suggests, we’re not even ‘British class’.  Rather, we’re second tier.  Or third, if you put London on a pedestal all its own.  Ouch.

To a proud Liverpudlian imbuing his children with a similar lexicon of greatness used by our civic cheerleaders, that cuts me to the quick.  But it’s something we must heed if we’re to develop strategies to continue twenty years of outstanding work re-building our economy and physical fabric.  Making claims about ourselves that those who really count can see are unsupported by the evidence is never a smart marketing strategy.

So we have work to do.  Lots of it, targeting the investment decision-makers who run a cold rule over locations and decide where their billions will go.  I know: I work for a few of them.  They have no agenda, pro- or anti-, as far as Liverpool or anywhere else goes.  It’s the figures, darling.  And right now the quantity, value and volume of investment transactions in Liverpool fall short of our peer group, as does the level of office development and occupation.  As harsh as this interpretation of the M&G headline may sound, Liverpool may be in the game for the Games, but it’s not at the races as far as much institutional investment is concerned.

My spirit was cheered considerably last week, however, by a chat with Steve Powell, the man tasked with delivering the Accelerator programme on Liverpool’s Health Campus.   The list of tenants that will be present on opening day and the inventions and innovations they will be bringing to market from Liverpool is quite staggering.  And it is but part of a much larger innovation platform in the Knowledge Quarter that will, undoubtedly, transform the economic performance of the city and make it a global hub for health tech – treatments, gadgets, innovations and research.  The figures involved are staggering and the money there.  Hang on to your hats, folks, for a veritable whirlwind of big-brained, big budget businesses will be landing in Liverpool these next five years or so that will transform our economic output.

Such stuff may not excite the institutional funds and developers whose support can deliver change in other areas of our economy, but their impact will be no less significant.  And as with the Commonwealth Games, they’re certainly something to shout loud about.  But it’s led by the public sector – not that that is, of itself, somehow wrong.  It’s just that when the private sector are delivering step-change investments all by themselves we’ll know we’ve really got back to where we once were – and that our chutzpah will have firmer foundations.