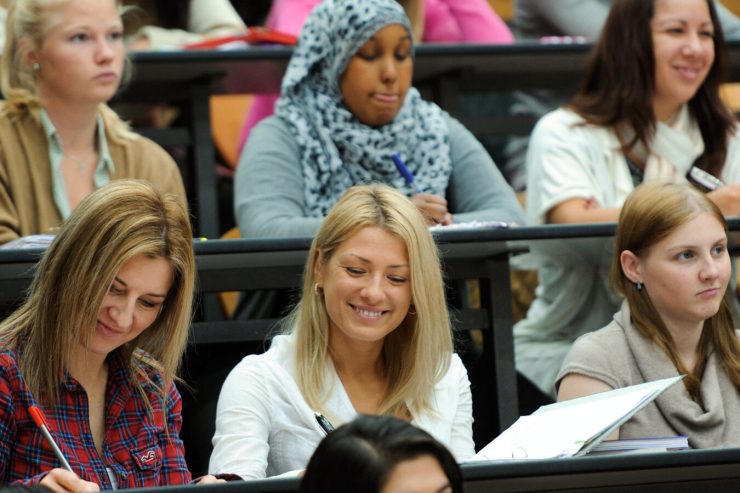 A key ingredient for economic growth, right there

File that headline under ‘no shit, Sherlock’ if you like, but it’s worth exploring – particularly in the context of Liverpool, Britain’s fifth largest metropolis (for my overseas readers, the league table goes like this: London, Birmingham, Manchester, Glasgow, Liverpool).

It’s a given in advanced western economies that educational attainment within a population is a strong predictor of economic growth. There’s a good analysis here of the American experience and it points up something particular to Liverpool that is worth exploring. Take a minute to read it.

I began my career in Liverpool in the late eighties as the city was emerging from almost two decades of headlong decline that saw many of its major branch plants close on the whim of boards in Detroit (oh, the irony) or London or someplace else. Dunlop, Triumph, Tate & Lyle, Meccano, Metal Box, British American Tobacco, Ford – on and on went the roll-call of closures and down went the population and our urban fabric with it, most memorably in the flames of sustained rioting in 1981.

The city’s economy lacked the depth to cope: far too many people were employed in large corporations whose structures and cultures mitigated against entrepreneurialism, even among the educated management classes which evidence tells us have a higher propensity to establish new businesses. When the big employers went, the people went with them: 350,000, to be exact. Quite a talent deficit when you’re trying to rebuild an economy.

The UK public sector weighed in with large and sustained transfers of government functions to the city to plug the gap, all the while reinforcing the entrepreneurial deficit that was hindering true private sector renewal. The jobs were welcome – still are – but in so much as they underpinned a dependent workforce not schooled in innovation and risk-taking, they hindered our progress. According to urban think-tank Centre for Cities, they still do.

But what is hugely encouraging is that the data tell us that this historic drag on our growth is ending. For the last ten years Liverpool has outperformed the national average in terms of company formation and survival, albeit from a low base. Young bucks, schooled only in opportunity and growth, are grabbing what Liverpool has to offer and running with it. The boom in the digital industries offers the most compelling proof, but there’s plenty of growth elsewhere – in tourism, leisure, retail and in our few remaining mega-industries, automotive and the port. Part of that is about confidence, not youth, but it’s welcome nonetheless.

The point is, however, that a young, educated class is emerging that sees Liverpool through a different prism. School attainment in the city exceeds the national average afters years of lagging and there are four universities within the L postal code that deliver a pool of eager talent that has spent three or four years falling in love with the place and don’t particularly want to leave.

But if we’re to retain such folk there needs to be more of a concerted effort to grow our own talent. Chicago is hard at it, as are many other American cities, but cuts in government funding are making it harder for cities like Liverpool to replicate such efforts.

Liverpool’s private sector is stepping in in a roundabout sort of way, with low-cost start-up facilities and some interesting ideas around collaboration – check out Uniform’s Open Device initiative, for example. I’m working with one developer that is offering the city – free – an entrepreneurs’ hub supported by major blue chips as part of the planning gain for a proposed apartment development.

Bright people, thinking their way around a problem and providing solutions. See: told you that headline was spot on.