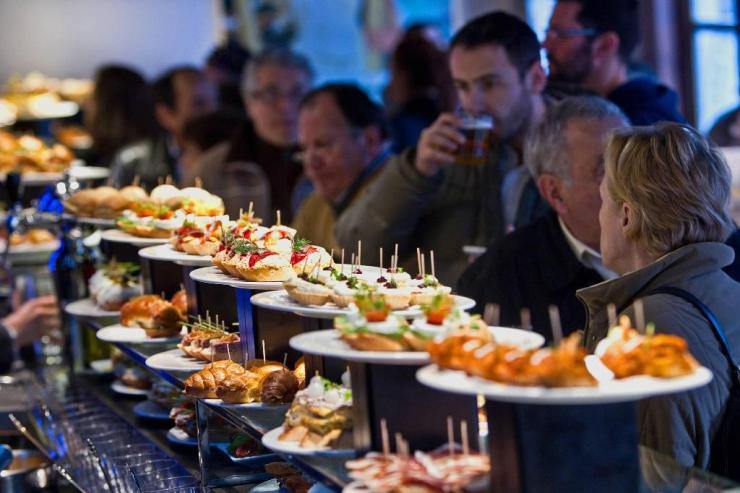 On such morsels is an entire economy built

Harnessing the economic potential of food production and retailing can deliver huge employment and regeneration gains, argues Dougal Paver. But to maximise the benefits, strategic vision is called for.

There’s a thriving little city of 190,000 souls tucked inside Spain’s Atlantic border with France by the name of San Sebastian. Pretty as a picture, fiercely Basque (it’s called Donostia by the locals) and acknowledged as the global leader in an industry worth tens of trillions of pounds annually: food.

Epicurians wax lyrical about this genteel resort city. There’s a Michelin-starred restaurant for every 19,000 citizens, against one for every 135,000 in London, but even that little statistic only hints at how, in San Sebastian, food has become the city’s raison d’être. Great chefs achieve God-like status but most tellingly, any humble bar owner worth his or her salt can deliver a plate of grub that would grace any of Mayfair’s finest eateries. The city has two entries in the list of the world’s 50 best restaurants, but it is the way food has come to dominate its social, cultural and economic discourse that has so captured aficionados’ hearts.

Surprisingly, its gastronomic totem is not one of its many garlanded restaurants or super-chefs, but the humble pintxo – a slice of French bread on which sits some delicious little confection. Every bar in the city competes to produce ever more imaginative and delicious combinations and when the day’s output is brought out on great plates to huge ceremony it is a spectacle to savour. A whole tourism industry has been built on pintxos crawls around the city’s old quarter and, combined with its finer eateries in the elegant nineteenth century extension (‘ensanche’), the city’s economy has a rock-solid underpinning that will fill its hotels for ever more.

Here in the UK our food culture has been transformed in the last decade and serious thought is now being given to how cities can harness the social and cultural movement towards more sustainable production and greater quality and diversity. It’s on Liverpool mayor Joe Anderson’s radar and I’m working with one client on developing proposals for an artisanal food hall modelled on Madrid’s wonderful Mercado de San Miguel. But is turning the sector into an economic engine akin to the San Sebastian experience something city chiefs can deliver or is it, ahem, a more organic process?

I would argue that it will inevitably be a bit of both. Chefs and entrepreneurs respond to market signals, not just to the exhortations of civic cheerleaders, but they can be hindered by planning and other regulatory hurdles, for sure. Identifying the scope of the opportunity and determining how best to give momentum to what is already a burgeoning movement is perhaps how best an authority such as Liverpool’s could contribute to its growth. Articulating and demonstrating how it values the sector – the power of symbolism – can be hugely effective. In short, saying “we want you here and we’ll prove it” is often all the encouragement entrepreneurs need.

In the Liverpool context that could be picking up stalled projects such as the flyover, which has put artisanal food outlets at the heart of its plans, or it could be designating locations for the siting of high quality food vans, with short-term licences to encourage rotation and competition (in Philadelphia they worry that providing permanent pitches will encourage complacency and drive down standards). Or it could be using its land bank to encourage the development of a proper artisanal food market on the continental model (sorry: that sounds like a pitch. It’s not meant to be).

Areas like Bold Street and Berry Street are being transformed by a new wave of foodie entrepreneurs who have responded to the market with great creativity, employing an army of fit-out specialists to bring their buildings to life and giving much-needed momentum to the Ropewalks neighbourhood. Granted, they’re making Chinatown much less, well, Chinese, but there are plans to address that wider strategic issue in any event.

And, as if to prove that we’re headed firmly in the right direction, Liverpool even has its first pintxos bar.  As San Sebastian shows, you can build an economy on such places.