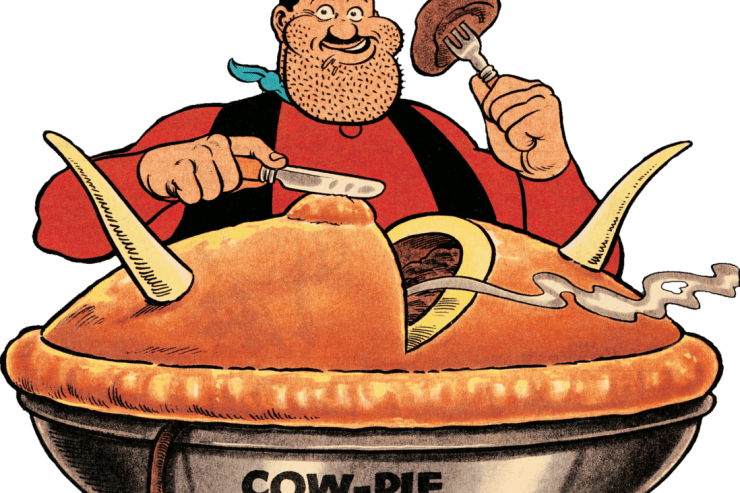 UK gun control laws are among the strictest in the world but some suggest we’re missing a trick.  Two, in fact: the economic boost from gun manufacture and the reduction in crime from allowing ‘concealed carry’.  Dougal Paver examines the issue.

Thirty two billion dollars a year is a big pie by any count.  Positively cow pie territory, in fact, which is an apt analogy given that it’s the annual value of America’s gun industry.

Counted in sterling, that’s just shy of twenty one billion pounds or 210,000 new UK jobs if we gave full vent to man’s urge to carry weaponry.  Who here would vote against so many well paid jobs?

Quite a lot of you, I suspect, for reasons that need little rehearsing.  But hang on a minute: are you being rational?

Shooters love their shooting and the thought of losing their license tends to make law-abiding gun owners even more law abiding.  You could say that the UK’s one million gun owners are, in fact, model citizens. So why not make model citizens of more of us by encouraging greater levels of legal gun ownership?

In America they argue that the country’s ‘concealed carry’ laws reduce crime in those states where the hidden carrying of weapons is permitted.  According to think tank the Cato Institute, the result is a 24 percent lower violent crime rate, a 19 percent lower murder rate and a 39 percent lower robbery rate than states that forbid concealed weapons.  What’s not to like?

A lot, apparently, not least the facts, according to this interesting take-down by the respected Washington Post.  For some, that’s inconclusive, but for those whose libertarian economic instincts trump their libertarian social beliefs, there’s always the financial argument, which is this: for all that the US gun industry contributes a thumping $32bn a year to its economy, the annual cost of dealing with the result of gun crime is a whopping $229bn.  That’s a $197bn annual deficit, for the arithmetically challenged.

And whilst gun control campaigners pile on the pressure – with some success, because you can no longer buy a machine gun with your beans at Asda-owning Walmart – the power of America’s gun lobby seems unassailable.  Here in the UK, our gun lobby does a fairly decent job of offering evidence to ensure a measure of balance in the whole gun control debate.

No matter, you may say, because it’s nigh on impossible to own firearms in any event.  Wrong.  I’m licensed to carry six concealed firearms down any British high street and as long as the ammo is in my pocket and not in the weapons, then that’s fine.  I’m also licensed to own as many shotguns as I like and as many cartridges as I choose.  Frankly, I could start WWIII in my quiet corner of Liverpool should I wish, but like virtually every other licence holder in the UK, I don’t.

As a parent and a sensible human being you won’t find me lobbying for our firearms licencing to be liberalised. As you’ve just seen, it’s not really that tough – only by the remarkably lapse standards of countries such as America may it be judged as such. There are only two core grounds on which your chief constable may refuse you a shotgun license: criminal record and soundness of mind or disposition.  A third is added if you want to own a firearm: good cause (ie permission to shoot on permissible land, such as a farm for vermin control).

Put like that, there’s nothing to stop the UK gun industry taking off of its own volition – except, perhaps, the public’s lack of appetite for weapons ownership.  Say goodbye to those 210,000 new jobs – they won’t be materialising any time soon, not that that worries the British public.