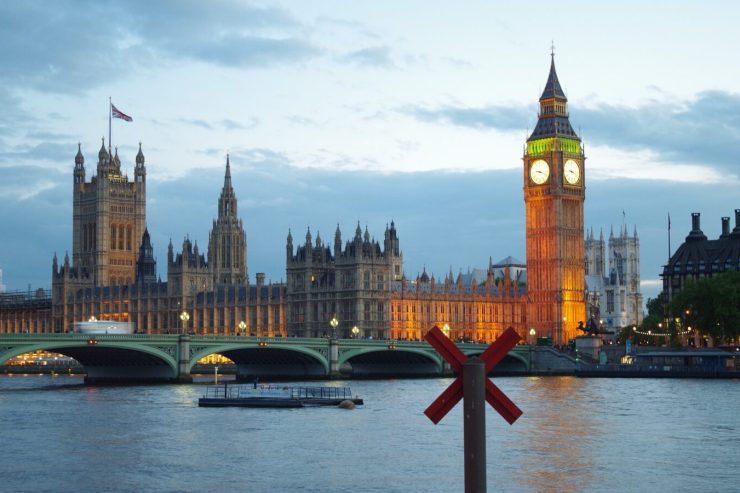 What’s needed is local government reform, not more deals under the counter.

I confess that as a recent retiree I am no longer in the thick of it anymore.  But as a lay fellow of the University of Liverpool’s Heseltine Institute of Public Policy and Practice and as a citizen I still take a keen interest in public affairs.

With the recent Government-led visit to China and all the talk about the Northern Powerhouse, Combined Authorities, City Deals and Metro Mayors one could be forgiven for thinking that there is a genuine hunger for a redistribution of political power and resources from London to the regional cities.  But is it an illusion; is this seemingly Damascene conversion merely an ephemeral chimera in the ghostly world of political governance?

The UK is one of Europe’s most centralised states.  Even devolution to the parliament of Scotland and assemblies of Wales and Northern Ireland serves only to bring into sharper relief the capital’s control of all parts of England.  The ‘No’ vote for a North East Regional Assembly several years ago reinforced many politicians’ views that we ‘like’ centralism as it provides an antidote to ‘postcode lottery’ or at the very least we have no appetite for regional government.  Okay, it is some time since we had real as opposed to imposed administrative regions (I am thinking Northumbria, Mercia, Wessex and the like) but that does not mean there is no sense of community or identity below the national level.  Indeed, the  close-run vote in the Scottish independence referendum and the accent on city regions has given people a renewed taste for more meaningful devolution, if not for regions then certainly for cities.

We have just heard that Sheffield has followed in Manchester’s footsteps and signed a city region deal with Chancellor George Osborne.  Sheffield was one of 38 places that had bid for increased control over public spending in its area.  (Cynics would say it is the sort of unseemly ‘dash for cash’ we always see when there is the prospect of public funding). It is understood that Sheffield will have access to £30m of Government money per annum over a 30 year period but in return will have to elect a city region mayor in 2017.  Manchester which had hitherto been implacably opposed to the idea of a city region mayor soon performed a volte-face when there was a considerable sum of money on the table and direct control of a huge health budget.

Supporters are saying that this is yet another example of cities within the Northern Powerhouse getting their act together, with some – so far, excluded – council leaders and mayors looking around anxiously hoping they have not missed the boat.  Government spokespersons declare that it represents a real transfer of power from Whitehall to South Yorkshire.  But some are not convinced, such as Richard Carter, leader of the Yorkshire First party who labelled it as “bad news for Yorkshire”, adding that a “backroom deal between George Osborne and local council leaders has produced an arrangement which breaks up Yorkshire, barely delivers any devolution of note and flies in the face of public opinion”.  Gary Porter, the chairman of the Local Government Association was more measured in his opinion: “devolution is not an end in itself. If our public services are to survive the next five years, councils need to be given fairer funding alongside the freedom to take their own spending decisions”.

Given the political significance of these initiatives, the Labour Opposition appears to have been rather quiet.  Patrick Wintour, the political editor of The Guardian notes that “Labour under Jeremy Corbyn has so far taken little interest in devolution to English city regions, publishing one paper that showed hostility to the concept.  Labour MPs say the danger of devolution deals is that local councils will find they are made responsible for implementing Treasury-imposed cuts”.

It could be strongly argued that we are in fact seeing a new form of ‘devolved centralism’, laced with a heavy dose of political opportunism: “you do this and we’ll offer you this, providing you have an elected mayor” (the arguments for and against the latter style of local leadership have hardly been subject to forensic analysis and inclusive public debate).  It all smacks of an urban and political governance strategy founded on ad hoc deal-making not on a comprehensive urban and regional policy.

And yet, I have a lot of sympathy for our local political leaders in that they have to live in a world of realpolitik.  At a time of public sector austerity and crippling revenue cuts in their budgets they must explore all possible avenues to secure additional resources and operating freedoms.  But it’s all a pale imitation of ‘real devolution’.  We appear to be letting Government determine the agenda.  Is this because we have no clear vision of our own for the political governance of our city region?  Or is it because any such vision is not wholly owned by all councils, businesses and community leaders?

Some years ago when I was a Senior Civil Servant I was in private conversation in a cubby hole of an office in the House of Commons with one of the then Labour Government’s top Ministers.  He wanted my view about local government structures.  Never short of an opinion, I suggested that “we got it wrong in 1974 when we created two-tier authorities instead of unitary authorities – like Liverpool city region – as argued persuasively by the published ‘minority report’ which demolished the establishment’s conclusions following the Local Government Commission’s report”.  He looked at me encouragingly, so I continued, “And we got it wrong again in 1986, when we abolished the metropolitan county councils, such as Merseyside County Council, when we should have kept them and abolished the metropolitan districts”.  He responded immediately, “I totally agree.  Tory Governments both times”.  Undaunted, I pressed on, “that may be so Minister but do you have the courage to right the wrongs?”  He cocked his head in thought: “now you’re talking like a politician.  But it’s a fair question and deserves an answer.  No, I fear we do not have the courage.  There are no votes in local government reorganisation”.

And so we have stumbled on, under a variety of Governments, for nearly 40 years inventing with stunning regularity all sorts of informal groups, organisations, boards and partnerships to deal with city region issues and to bring the cohesive and strategic leadership that is so desperately needed.

In the midst of all this fudge there may be a ray of hope in that the Liverpool city region Combined Authority is self-generated, albeit with Government’s encouragement.  But will it be enough?  Will we have the vision and political will to go the extra mile and ensure it becomes a platform for, not a barrier or alternative to, more fulsome local government reform in the future?  Will we ensure our city regions become the type of economic, cultural and political powerhouses that we see among the big non-capital cities elsewhere in Europe, such as Barcelona, Lyon, Milan and Frankfurt?

As I left my meeting with the Minister, he said “you’re not a normal Civil Servant are you?”  I replied, “No, Minister”.  “So, what’s the secret?” he added cheerfully.  “A healthy dose of irony every day Minister”. Laughing, he ended our conversation: “ah yes, you’re from Liverpool”, as if it needed no further explanation. Pushing my luck, I asked whether I could refer to his comment that I wasn’t a ‘normal Civil Servant’ on my CV.  “Only after I’ve been sacked”, he replied.  With that I was then able to sign off, as I had often longed to, with the response, “Yes, Minister”.