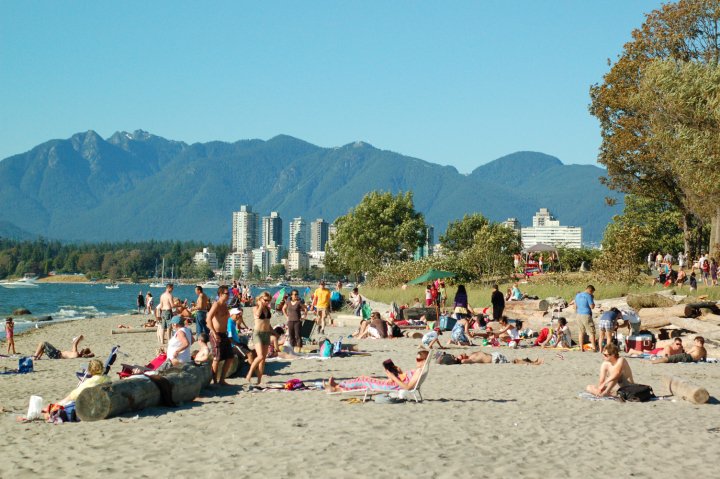 Not much grit here

The Economist Intelligence Unit’s respected liveable cities index is out, telling us the best places to live using indices such as infrastructure, education, healthcare, culture and environment.  If his experience of a long summer in Vancouver is any guide then absentee cities shouldn’t fret too much about the result, suggests Dougal Paver.

A picnic on Vancouver’s delightful Kitsilano beach (above) is possibly all you need to satisfy yourself that the city represents the urban idyll.  Safe, prosperous, multi-cultural with a sparkling high-rise downtown and an outdoors life with few peers.  It prompted me once to send a pal a postcard saying “I have seen the future – it’s called Vancouver.”

It’s a delightful city and has maintained its place in the EIU’s top three places to live for many a long year.  Yet just two weeks in to that long summer something began to grate and it didn’t take me long to work out what.

Vancouver is dull.  Lovely, leafy, prosperous but dull.  I began craving the edginess and grit that fuels the creativity in great European cities.  I missed the history and heritage that pours out of the stones in places like London and Rome.  And I missed the humanity of cities that have been through the mill and which has bred the sort of black humour and hard accents you find in Dublin and Glasgow.  By comparison, Vancouver is all a bit twee.

I’d rather live in Liverpool, thanks, or Dublin.  Plenty of grit in their respective oysters, for sure.