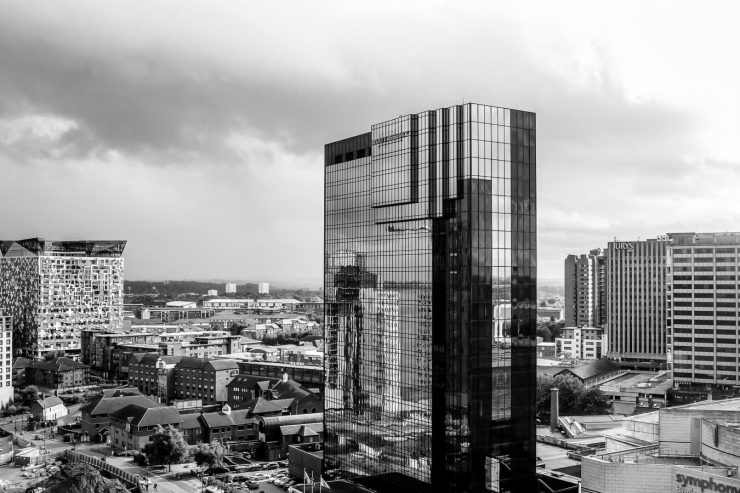 Birmingham: industrial it may be, but it's very, very well connected

Boston secured America’s Olympics nomination for the 2024 games in January 2015.  By the summer the city had pulled out in the face of a quiet public revolt.  What lessons does it hold for Liverpool and Birmingham as they bid to host the 2026 Commonwealth Games?  Merrion MD Dougal Paver explores the issue.

Boston: wealthy, sophisticated, beautiful and smart.  A great host city for an Olympics by any fan’s reckoning.  Its bid was promoted by a coalition of the city’s elite – people and institutions – and it quietly went about beating LA, Washington DC and San Francisco to be declared America’s bid city for the 2024 games.

And then the public started doing the sums.

What they discovered was this: they were on the hook 100% for any cost over-runs.  Nobody but local tax payers was going to bail the games out if they failed to turn a buck.  Not the federal government and certainly not the (now discredited) International Olympic Committee (IOC).  Indeed, in order to move to the next stage as a bona fide bidder Boston’s mayor, Martin Walsh, had to sign an Olympic Host City Contract binding local tax payers to the risk, on the promise of an uptick in the city’s global profile and the prospect of regeneration.

It just didn’t wash: Boston’s prestige and global profile is on the robust side of healthy, as befits the home of Harvard University.  And even the legendary ‘Southie’ – repository of the city’s Irish soul, down by the south docks – is now being regenerated at a rate of knots.

Locals twigged the risk and the game was up.  Mayor Walsh did the sensible thing, had a word with the American Olympic committee and pulled out.  You can read the whole fascinating story here, and a rip-roaring tale of people power it is, too.

Over here in Blighty two mighty cities are slugging it out to host the Commonwealth Games in 2026.  In the red corner is Liverpool, handsome port city with a sporting heritage that needs little introduction; and in the blue corner Birmingham, industrial leviathan and a step up in scale from its rival.  What it lacks in sporting success it makes up for in wider infrastructure.

The bids are assessed by the Commonwealth Games Federation on a host of metrics, from hotel stock to sporting infrastructure; from competitor facilities to ease of access.  But, of course, we’re not at that stage yet – we’re bidding for the government’s approval to be put forward as Britain’s bid city.  And that means politics is the key determinant here – although more of that anon.

Both Liverpool and Birmingham have enjoyed remarkable regeneration in the last twenty years.  If you judge a city on its looks and architecture then Liverpool wins hands down, but if its economic performance and scale that count, Birmingham wins out.  Point is, however, that both cities still have a good way to go with regards to their regeneration agendas and, unlike Boston, would welcome the regenerative impact of hosting a games.

But the question of financial viability hangs over both.  As far as I can see neither city has published projected accounts identifying who’ll pay for the necessary capital infrastructure and the revenue costs of maintaining the facilities, post-games.  A wary public is already beginning to eye their council tax bills nervously.

My bet? – and you must remember that I’m a die-hard cheer leader for my home port, having spent years serving on various boards to that end – Birmingham will win it.  And it’ll be the midlands’ city’s tax payers that will pick up the tab, of course.

Why?  Politics.  Andy Street was elected as the Conservative mayor for the Birmingham region on a wafer-thin majority and will need something very solid indeed to show the electorate that he’s delivered for the city.  What better help could a Conservative government offer than to make Brum England’s bid city?

I sincerely hope I’m proven wrong and in the meantime I’ll get right behind the Liverpool Commonwealth Games bid, not just because we’d make a fabulous host city, but the act of bidding puts a keen media spotlight on the city’s assets, attractions and its investor-friendly approach.  The bid will build and sustain useful coalitions from across society and it will focus minds on what’s needed next as Liverpool becomes ever-more competitive as a destination.

And if Birmingham wins, well good on it.  I have family there and like the city, with its laconic, bone dry humour and extremely friendly locals.  There are some decent boozers and plenty of lovely suburbs, too.  Let battle commence.