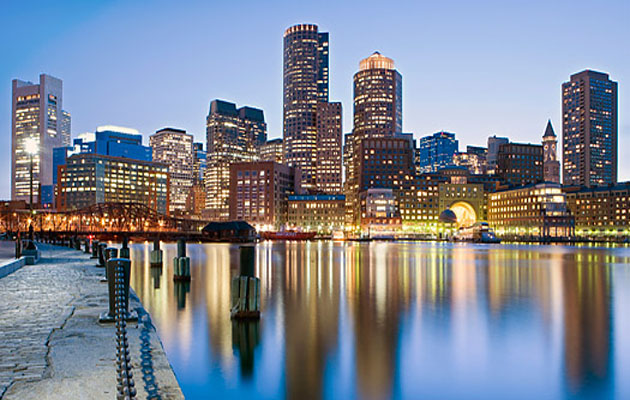 Boston, USA: not in need of an Olympics inspired economic boost

Those who take issue with government’s free-wheeling attitude towards their hard-earned were cheering Boston’s recent decision to decline the ‘honour’ of being America’s bidding city for the 2024 summer Olympics.

When it comes to fiscal larceny on a grand scale there’s nowt like an Olympics for emptying taxpayers’ wallets. Just one – yep, one – in post-war history has turned a profit (LA in 1984, in case you were wondering). The rest have blown your kids’ inheritance on a quite mind-boggling scale.

London’s wonderful show was a full 100 per cent over budget and rather than seeing its organisers fall on their swords at such poor stewardship of the public purse, gongs were handed out a-plenty, post-party.

And if London – the world’s capital and its most exciting city – can’t turn a crust on such a stupendously enjoyable party, then where can? Which might make you wonder about the prudence of Liverpool bidding for a future Commonwealth Games.

Now, to be fair, such a notion is only whispered in this parish – albeit a place where whispers never fall below 100 decibels. But it’s there, nonetheless: an aspiration; something that would ‘put us back on the map’ and all those other things we thought had happened (did happen, actually) with our year as European Capital of Culture in 2008.

Setting aside the how, where and when it’s perfectly legitimate to ask why? It’s our money, after all.

Let me offer a view: because it would deliver the next step-change in the city’s economic performance and its burgeoning appeal as a tourism, convention and visitor destination. Three vital, growing areas of the economy that have been embraced by the market and which are driving huge volumes of urban regeneration, employment and local taxes, all privately funded. As mid-term paybacks go, my money’s on Liverpool delivering for the taxpayer.

Like Barcelona, who acknowledged that winning the Olympics in 1992 wasn’t the end of their regeneration, but something that would hasten its eventual fulfilment, a Liverpool Commonwealth Games would be but another milestone in the long journey to restoring the city’s economy to its past pre-eminence.

That’s right: it’s a milestone, just like the International Garden Festival (1984); the Albert Dock (also ’84); Queen Square (1997); Liverpool ONE (2008); European Capital of Culture (2008) and the Arena and Convention Centre (2008, likewise). This year’s opening of the huge new Exhibition Centre Liverpool is another, but in a city of Liverpool’s size – and one with its track record of economic and population contraction – you can’t have too many milestones. They’ve delivered ten years of continuous economic and population growth, after all, so why stop now?

If the whispers are true, let’s turn them in to the loudest possible holler: Liverpool, Britain’s friendliest city, is ready to play host to our Commonwealth cousins and put on a show that will live long in the memory. We did it in 2008, we’ve done it countless times for golf’s greatest championship, The Open, at Royal Liverpool and Royal Birkdale, and we seem to make a jolly good fist of it every other year for the International Festival of Business.

Let’s just do it with at least half an eye on the tax payers’ wallets, eh?