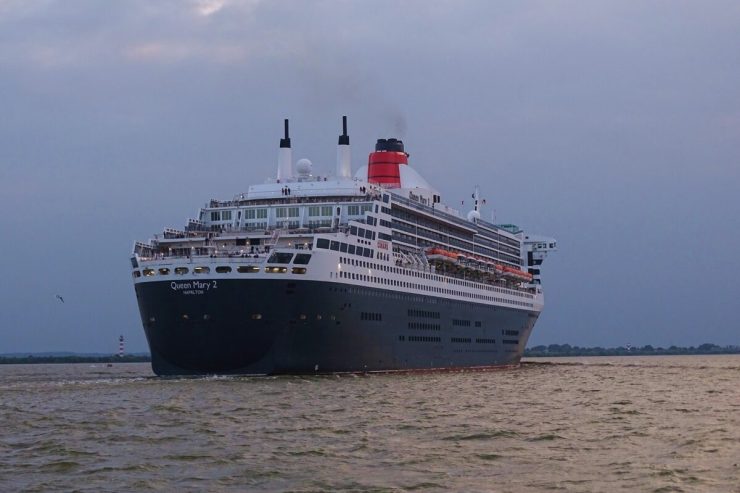 It's not the leaving of Liverpool...

It’s axiomatic that cruise ships bring prosperity to host ports, says Merrion MD Dougal Paver.  So why is it that not everyone welcomes them, he asks?

There’s a certain delight – not to say drama – in walking through Liverpool’s handsome business district and looking up to see the world’s largest cruise ship parked at the end of the street.  Yep, right there.  Seven miles from the sea, all glamour and dicky-bows and an-honour-to-be-on-your-table-captain.  You don’t get that in any other British city, for sure.

Thousands of wealthy tourists disgorge into a host of coaches to whisk them off to Snowdonia or the Lake District, but just as many stay to enjoy Beatles tours or to potter about our quirky old city, unsure if it’s a thrusting business metropolis, a natural tourist trap or an aged crooner seeking one last tilt at glory.  Or something completely different, because this is not a city easily pigeon-holed.

Either way they’re more than welcome, with their dollars, twitter feeds and curiosity.  Myrtle of New Jersey, if you’re reading, come back soon: we loved having you.  The taxi drivers, the bar owners, shop-keepers and the restaurateurs all thought you were marvellous.  And the hoteliers were pretty pleased that those joining you from our side of the pond arrived a day early and booked in to a hotel to see what this Liverpool renaissance fuss was all about.  They tweeted how amazed they were, too.

Almost sixty cruise ships docked in the last season at Liverpool cruise terminal, roughly from May to early October.  And when Cunard decided it wanted to celebrate its 175th anniversary in style it brought its three flagships back to its home city and laid on a party that drew hundreds of thousands to the Mersey’s banks with a spending bonanza to match.

And so you may be forgiven for being a tad puzzled why not everyone in Dun Laoghaire is overwhelmed at the prospect of repeating the trick in their lovely harbour.  Since the ferries stopped from Liverpool and Holyhead it’s reverted to a very pleasant yachting harbour only – and local businesses are feeling the pinch as a result.  Or is that really why?

Despite its very prosperous hinterland, Dun Laoghaire’s town centre is struggling.  The suggestion is that tourists in search of some genuine Dublin hospitality will cross the road up to the town centre and spend away.  Liverpool’s experience suggests that might just happen.  But it won’t fix Dun Laoghaire’s retail economy overnight – not with the leviathan that is Dundrum Town Centre (sold this week for more than a billion pounds) continuing to steal market share.  That, I suspect, is the real issue: not the absence of the ferries nor the prospect of cruise passengers.  The locals just don’t love Dun Laoghaire like they used to.  It’s as simple as that.