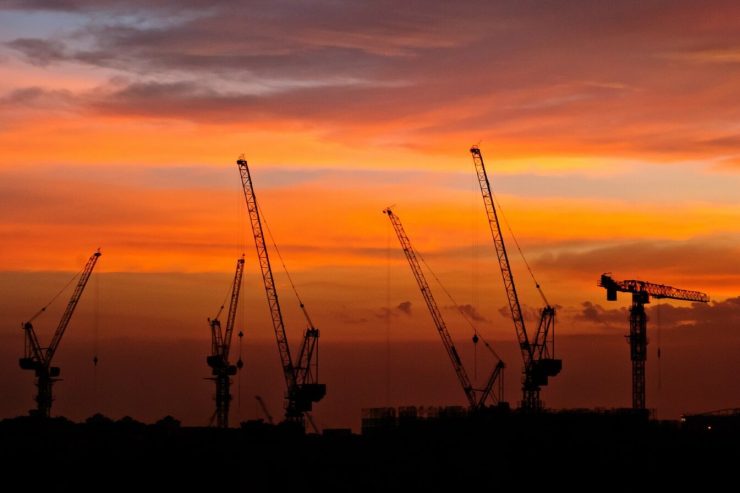 As tower cranes once again punctuate the Liverpool skyline like a gloriously misshapen comb some are worrying that the standard of new buildings isn’t what the city deserves.  But they forget that the biggest determinant of design quality is the market price for whatever is being constructed.

“Buy land,” said the wise old Irish farmer, “they’re not making any more of the stuff.”

His nod to the value of scarcity is germane to the debate currently raging in Liverpool.  “There are too many student blocks going up!” is one cry.  “The design of all this new stuff and the materials used aren’t what a great city like Liverpool deserves,” goes the other.  An undercurrent to both debates is “what happens when we run out of land and we find we’ve built a load of average stuff?”

Such has been the clamour about the number of student homes that the mayor called a commission to investigate and its findings were released on September 25th.   Sensibly, the review has concluded that “there is no need for a moratorium on new schemes because the growth is part of the natural development cycle and will eventually diminish.”  In other words, the market will quickly decide when there’s too much stock, given the risk and cost of bringing new supply to bear.

The report recommends, however, that promoters of future schemes should be encouraged through the planning process to demonstrate how their buildings can be adapted to other uses should the bottom fall out of the market, mid-construction.  It’ll be interesting to watch that play out.

The design of much – though not all – of the new stock has some merit and, in my humble opinion, beats the surface car parks created by the Luftwaffe on which many now stand. But it’s legitimate in a city of stupendous architectural set pieces to worry about the quality of new buildings and their façade treatments.

Two things determine that quality, and they’re neither planning instruments nor the aspirations of commentators: the amount people are willing to pay to occupy what’s being constructed and the relative scarcity of land.  In other words, basic economics.

A stronger economy with companies engaged in higher value activities will drive demand  for better buildings – just look to London for proof of that enduring truism.  The relative absence of large, profitable companies on Merseyside engaged in high value commercial activity and employing well-paid people plays out in the limited annual demand for Grade A commercial space and the unwillingness of developers to speculate on its provision.  So we get poorer quality buildings as a result.  The poor sales performance of the city relative to Manchester in attracting major office relocations is another factor in the demand side of the equation, for sure.

But there’s an interesting facet to the current demand cycle.  Set aside your views on the architectural merits, or otherwise, of the new schemes proposed or underway in Liverpool for a minute and ponder this: the more low quality buildings they replace and the more unproductive vacant land they use up, the greater the scarcity of what remains, driving up its price.  Higher prices inevitably lead to higher design quality in order to secure the rent or sale values necessary to make the land cost stack up.  That, or complete stasis until land owners drop their prices.

Put another way, we actually need the current crop of “average” buildings if we’re to stand a cat’s chance of ever getting the higher quality stuff built that some commentators yearn.  Clapped-out post-war warehouses and vacant lots depress land values and disincentivise any sort of development, whilst new buildings spur others on.  It’s called a virtuous circle, a concept familiar to most in the development game.

PS.  You may not have spotted this thoughtful piece by Martin Liptrot on the benefits to Liverpool of turning Duke Street into the city’s Ramblas.  Well worth a read.