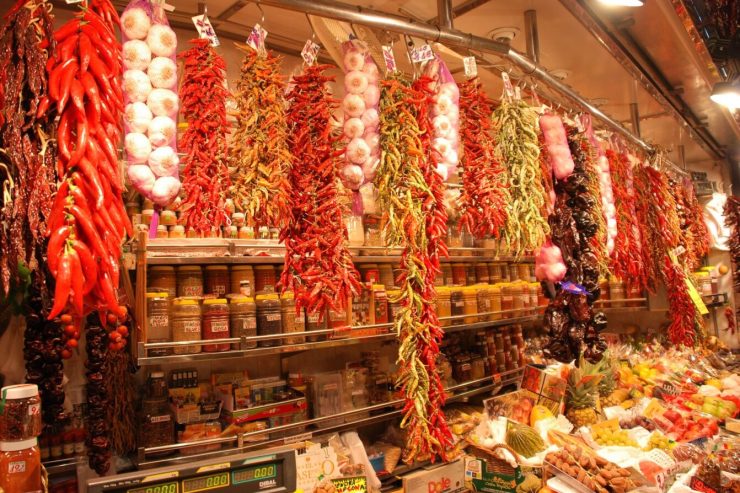 The Sage of Chorley told us that garlic bread was the future, but now we know that’s only the case if it’s locally-baked from sustainable sources.  For cities as much as market towns, localism holds the key to economic sustainability, argues Dougal Paver.

You notice stuff wandering around cities like Barcelona for a week (that’s the holiday plug over).  Things like the sheer number of local bakeries and confectioners.  And the fact that every one of them is not just artisanal, but of the very highest quality.  Not a batch-produced loaf in sight, let me tell you.

The structure of property ownership in Spain’s large, mediaeval cities, together with a population distribution still focused on the old city cores, has favoured local producers and retailers.  And boy, do you notice it in terms of quality and variety.

None of this helped the country in its credit-bubble disaster, but it’s fair to assume that low-debt, family owned SMEs held it together better than many.  And in Valencia (we were there too) the sheer number and variety suggests they’ve come out the other side of the recession in reasonable nick.

I’ve blogged elsewhere on the wonder that is Barcelona’s marvellous Boqueria market, but it’s trumped by Valencia’s quite stupendous central market.  Believe me: it’s worth a trip to the city just to visit that.  The produce is almost all grown in the vast ‘huerta’ (orchard) to the south of the city, shot in the hills to the north or caught out at sea to the east and it seems the whole city flocks there to shop.  Any middlemen are local and it would be interesting to see the economic impact and multipliers at play compared with, say, a giant hypermarket here in the UK.

I was chatting to a pal in Barcelona who was puzzled that we needed to try and encourage local food production and retailers back home.  And when I told him that our supermarkets fly in huge quantities of food from all over the world he was agog.  They have no need in Spain, and nor do the supermarkets hold sway over food distribution like they do in the UK.  They may be supremely efficient, but is it good for quality, variety, choice and local economics?  You decide, but I think we know the answer.