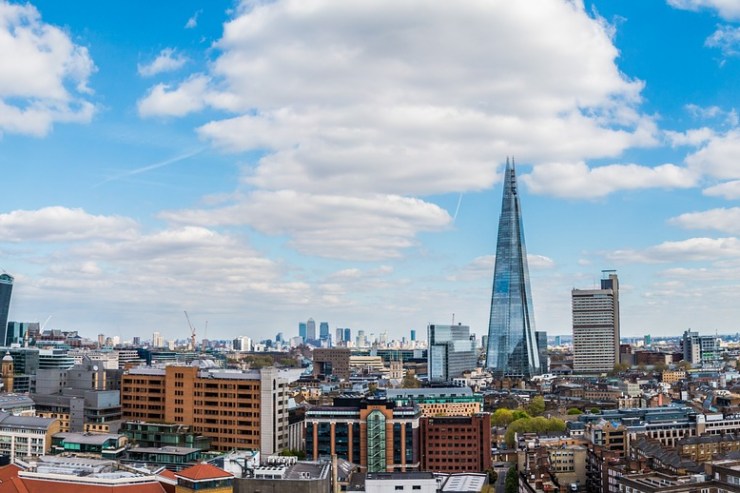 London’s commercial property market is thriving, confounding the nay-sayers.  Merrion Strategy managing director Dougal Paver examines the health of the UK economy and asks if the market has already priced in our departure from the EU.

A single quarter’s office take-up does not an economic summer make.  So when JLL’s latest London office survey hit the desks yesterday morning the more prudent among us wanted to set them against longer term trends.

The headline figure was impressive enough: up 14% on a year ago.  But it was the fact that London is running at 5% beyond the 10-year average that was most encouraging.  It let 2.3m sq ft of office space in its central postal districts in that single quarter which, to put it in context, is almost double Manchester’s (very creditable) take-up for the whole of 2017.

It wasn’t supposed to be like this, of course.  Experts said so.  Nor was the news on Monday that we had effectively reached full employment, with the lowest unemployment rate since 1975.  Or that the pound is strengthening, exports booming and manufacturing holding its own.  Oh, and inflation falling, real wage growth positive, levels of inwards investment maintained and record levels of notified vacancies.   The recent slow-down in growth seems to be a function of the economy running at or near full capacity and might – just might – prompt the growth in productivity required to drag the UK from its standing as a laggard in that regard.

What seems to have happened is that the people who actually create wealth and jobs have just cracked on with the task at hand, safe in the knowledge that Britain is a relatively low-tax, pro-enterprise economy with a reliable judiciary and a robust democracy.

And then there’s London, the world’s capital and a repository of unmatched skills in law, finance and software.

Could it just be that occupiers are hedging on Britain thriving outside the EU as a free-trading, low tax environment straddling the time zones?  You know, as the world’s 6th largest economy ought?  Could it also be that they still value London’s legal and financial systems and don’t want to cut themselves off from such a deep well of expertise and cash?

I suppose we’ll only know once we leave the EU, but thus far the experts’ predictions have proven to be way off beam.  Who’d have thought it?

Britain, of course, is much more than the sum of the London economy.  All our major regional cities are enjoying another sustained burst of regeneration and, if the north-shoring trend continues, could yet share in London’s growth by helping take some of the steam out of its over-heating cost base.  Here’s hoping.