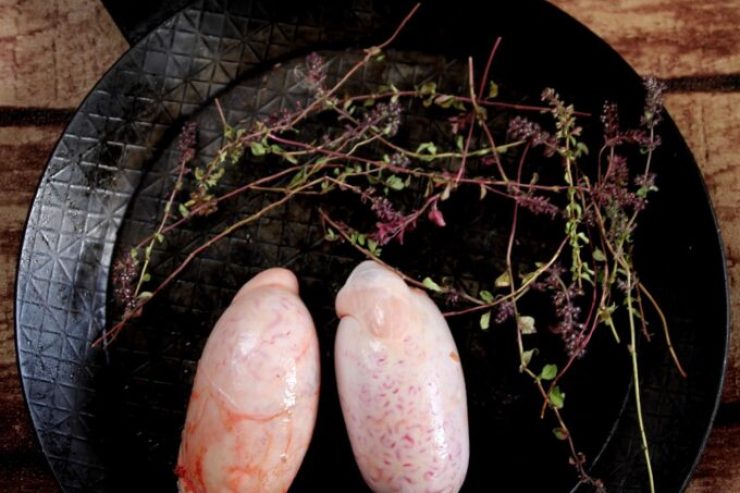 Great with spuds and gravy

Capitalism isn’t perfect, but give competition room to flourish and the public are the winners. Just wander around Barcelona’s marvellous Mercat de Sant Josep if you want proof, suggests Dougal Paver.

Ask me at any point on any day where I’d like to be if I could be teleported there and then and the answer would be the same: “on a stool at the Kiosk Universal in Barcelona’s central market.”

Not only is it possibly the world’s greatest tapas bar, but its setting offers a sensory overload, surrounded as you are by mounds of the freshest fruit, meat, fish, offal, vegetables and other comestibles of a quality and variety that we Brits can only dream of.  It is a gourmand’s paradise and the boys at the Universal take its raw ingredients and conjure them into confections of such delicious magnitude that even my lexicon of superlatives would fail to do them justice.

Thing is, those lads have to work damned hard at it, because guess what?  They’re not the only outstanding tapas bar in this giant temple to Edesia.  In fact, there are loads of them, and a thousand more in the surrounding streets.  So standards are universally high, and stay there.

Wander around the stalls and you see another benefit of each stallholder’s need to be distinctive: specialisation.  There’s a tiny stall just selling duck eggs and you can bet your long-lost peseta that they’re the best duck eggs in Barcelona.  Others are gleaming temples to offal, with no-one’s embarrassment spared – cue a fit of giggles from my seven year-old daughter at the row of bulls’ testicles on offer at 90p the pound.

The point is that choice, quality, variety, standards, service and merchandising innovation are of the highest order.  There’s not a single slacker in sight and prices are keen as mustard.   If ever you wanted proof of competition’s innate tilt in favour of consumers, it’s this place.  No bull.

Author’s note: La Boqueria, to give the market its more common coinage, is slowly becoming a victim of its own success, with market stalls gradually giving over to the whims of tourists rather than the needs of locals.  In peak season – and particularly when there are three or four huge cruise ships in town – it can become unbearably busy.  For a less hurried experience try one of the city’s other markets, such as Sarria, Sant Antoni, Santa Caterina or Hostafrancs.  Guide here.

For top recipe tips on cooking testicles, try this.