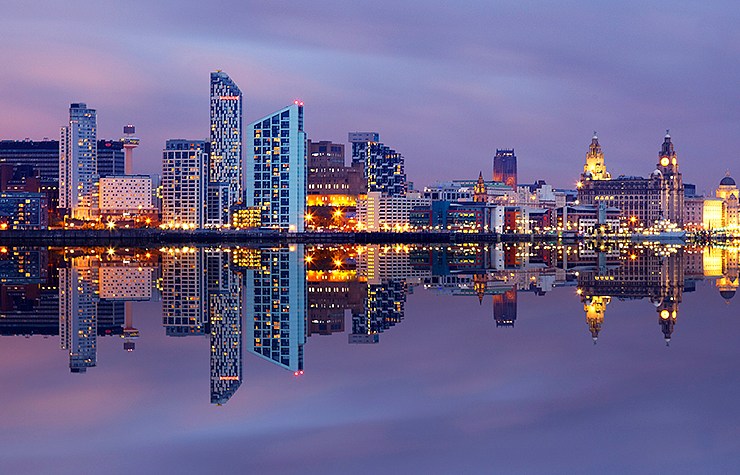 My home town of Liverpool faces some interesting challenges as its economy continues its ten year growth spurt.

With such a track record you might imagine that the issues relate to coping with the inflationary pressures of growth and, in part, they do. My own children’s primary school, in a tight location where the inner city suddenly butts up against suburbia, is moving to four form entry to cope with population growth in south Liverpool. Many parents are unhappy about it.

But the real issues lie not with expansion per se, but with how the city stitches itself back together again after the sixty years of decline that set in just before the second world war – and with fixing some of the structural deficits that have been exacerbated as a consequence.

Liverpool lost around 350,000 people during that period as its economy contracted from the triple blows of EU membership (our port faced the wrong way, toward the Americas), containerisation and globalisation. The social and physical dislocation that followed became a by-word for the UK’s urban decline.

Fast forward to today and the city’s economy has been completely re-cast. Old standfasts such as the maritime and automotive industries are booming once more, tourism and convention-going drive huge volumes of investment in our stock of heritage buildings, and new industries such as digital and pharmaceutical are gaining sufficient traction to be noticed. The population is growing steadily, earnings are rising and levels of company formation exceed the national average.

But across the city there remain tracts of dereliction from the now demolished tobacco factories, sugar refineries, rum warehouses and branch-plant manufacturers that made up much of our post-war economy. And weaving them back in to the grain of the city will be a challenge.

The shelves-full of town planning awards heaped upon the Duke of Westminster’s 43 acre retail estate in central Liverpool set the benchmark for how to do it, and there’s the quality of officers within the local authority to ensure sensitive and appropriate development.

And, fortunately, we have a pro-investment Mayor who has set – and maintained – a cracking pace, reflected in a skyline punctuated by tower cranes. He gives confidence to investors and developers and the reward is an economy that is expanding steadily.

But a new issue is rearing its head: opposition to population growth – in a city still suffering from massive population loss, and the burden that that places on its tax payers. All this is fuelled by the need to right a structural deficit that has dogged Liverpool for years, and which is exacerbated by its population decline.

In short, the city’s boundaries are too small. Our civic fathers had bigger issues to contend with in the boom time of the nineteenth century – expanding the dock system, counting their billions, those sort of things – and neglected the previous policy of taking its rapidly expanding suburbs into the city’s warm embrace.

All of which means that many of Liverpool’s wealthier tax payers pay their dues to suburban authorities, whilst continuing to use many of the city’s services and infrastructure (local taxes are levied on houses here in the UK, and are based on a home’s notional worth – the bigger the house, the higher the tax). The challenge for the city, then, is to get more high value homes built within its boundaries so that there are more folk paying the top band of housing tax.

There’s land a-plenty for them in the leafy glades of south Liverpool and high prices point to an imbalance between supply and demand. So the fix is easy, in principal: build more homes.  Not unreasonably, the folk in the south end – the only place where high value homes stack up – are rather attached to their parks, greenswards, lakes and glades, and so they’ve manned the barricades.

Mayor Anderson’s efforts to right this through the planning system are moving ahead, but politically it’s proving tricky, as residents in suburbs such as Mossley Hill and Sefton Park protest. Not insurmountable, but tricky – he has a rock solid majority, after all, and what’s a large majority for if it’s not to take political risks?

And, whilst the pace of growth means that Liverpool has a good way to go before such opposition acts as a serious brake on the city’s progress, it need only look to another great port city to see what could happen if regressive forces hold sway. City Lab’s excellent analysis of how San Francisco has stalled offers a timely warning for any city about the value of progress, innovation and regeneration and what can happen if all three are stymied. In short, higher housing costs, fewer jobs and a city preserved in aspic.  It’s a trade off some are happy to live with, others not.  We shall have to see how it all plays out.