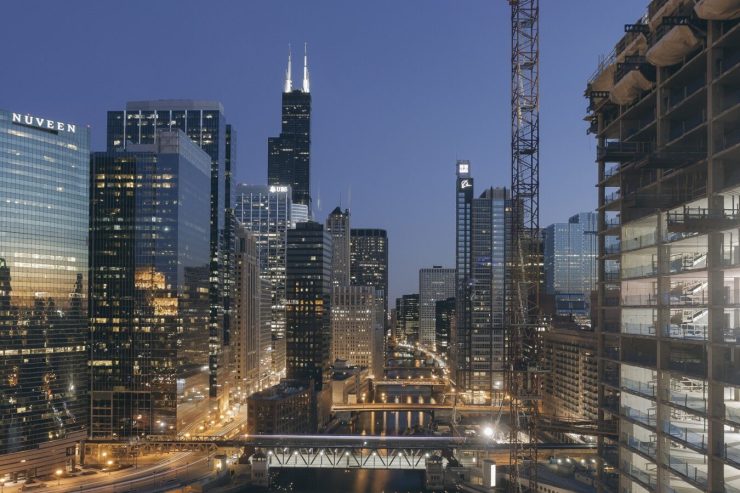 To paraphrase Maggie somewhat, ‘the problem with certain governments is that they run out of other people’s money.’  And you don’t have to be an economic basket case to do so, either, as spendthrift Chicago demonstrates.

It’s a long while since I’ve been to Chicago and, whilst it was pretty darned impressive back in the nineties, I hear tell that it’s simply sparkling these days.

With its miles of waterfront parks and beaches stretching north from its stunning Downtown, Chicago feels like a modern Mediterranean metropolis in summer.  In the midst of its arctic winters it’s more like Stockholm.  Northside Chicago is a wonderful ethnic patchwork of neighbourhoods: German, Polish, Irish, Italian, Korean and more, their identities readily identifiable via the simple expediency of your olfactory system.

The Chicago economy is booming, but as this excellent article from the venerable Aaron Renn notes, all is not well beneath the gloss of condominium sales brochures and glitzy new hotels: the place is almost bust.

Weighed down with debt, pension obligations and an inefficient government machine run for the convenience of its workforce rather than the people who pay for it, Chicago is faced with some very painful choices indeed, lest it follows Detroit’s sorry road to civic oblivion.

Here in Blighty such madness is behind us – at least at a municipal level – consigned to the history books and to stirring speeches about ‘taxis scuttling around the city handing out redundancy notices’.  My home city of Liverpool has had to deal with cuts of 53% and counting to its revenue budget but, as several insiders have noted, it’s making the civic fathers more imaginative, entrepreneurial and responsive in terms of cutting deals that bring investment to the city.

I see it first hand in my job and it’s impressive.  Fourteen tower cranes on the skyline right now demonstrate that it’s effective, too.  To a greater or lesser degree municipal governments across the UK are being forced to make the same choices and adopt variants on the Liverpool approach – not without its pain, of course.

From issuing civic bonds to fund key infrastructure, such as Liverpool’s hugely successful exhibition and events complex, to striking deals with developers that match capital receipts with long term revenue streams, my local authority is demonstrating that it has both the political courage and intellectual mettle to think and act its way out of a very tight spot indeed.  Plus the political maturity to avoid the sort of infantile grand-standing that did us so much harm in the eighties.

Now it’s Chicago’s turn to do likewise.  Will it do the right thing or follow Detroit’s lead?