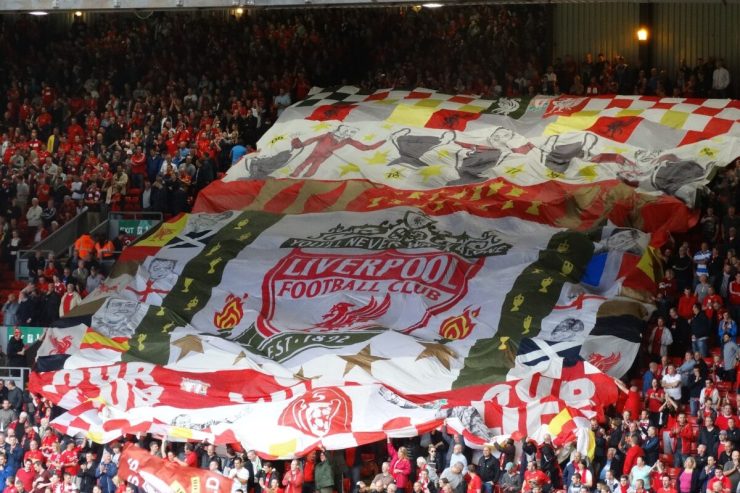 Norwegians on holiday. Lots of 'em

There’s a world of glory-seeking sports nuts out there who’ll travel the globe to attend the best events.  And as some cities are discovering,  you can re-position an entire economy on the back of sporting success.  Merrion MD Dougal Paver explores the issue.

When I lived in Barcelona I didn’t attend a single match at Camp Nou, nor at city rivals Espanyol’s nearby Estadi de Sarrià.  Why on earth would I go and watch them, I figured, as an Everton supporter?

How things have changed.  I blogged recently about the phenomenon of glory seekers in modern British football and figures from tourism body VisitBritain published last week have underlined just how valuable the Premier League is to our visitor economy.  Not only does it attract legions of  *coughs*  committed fans to our shores, but their spend per head is off the scale compared to standard overseas tourists.  £785 per fan per trip, to be precise – £200 a head more than the average visitor.

All this is to be welcomed, of course, though it is not without its downsides.  ‘Friendship scarves’, for example.  This is football, for heaven’s sake, a proxy for inter-urbis rivalry stretching back centuries, not some happy communal picnic.

Liverpool comes in second behind Manchester in terms of its appeal to overseas fans, attracting 100,000 foreign ticket-holders last season, in a massive boost to the city’s tourism trade.  Most came from Norway and Ireland and the figures ignore the club’s huge fan base on the south coast, but we shall let that lie.  The point is that Liverpool FC is one of only four truly global brands the city possesses – the other three being a ship that sank on its maiden voyage, an annual canter over hedges for 40 horses and a rather talented four piece pop combo.  And before you start quibbling, we don’t ‘own’ Land Rover – it’s a (very welcome) branch plant and the brand is not associated with the city.  It’s for Brummies to claim, to be fair.

It’s no secret that LFC’s new stadium extension is predicated on the club’s ability to attract more of Oslo’s finest, nor that club president John Henry is top of the Liverpool Hoteliers’ Association’s Christmas card list.  Fair enough, on both counts because, as Melbourne demonstrates, there’s much more that can be done to exploit our sporting assets as a tool for urban regeneration.

Melbourne faced an issue common to most British cities: it sat in the shadow of a famous rival and found it difficult to gain traction with inward investors as a result.  Nobody paid any attention to the place in their headlong rush to Sydney’s gilded shores.

And that, they realised, was the nub of the issue: getting people to look at them in the first place.  They were like a little kid in the class jumping up and down waving their hand and shouting ‘listen to me! Listen to me!’  Invariably, no-one did.

That was before they hit upon a politically brave but supremely successful strategic gambit: use sport as the vehicle through which people would look at them.  They figured that people would then take a look at whatever else the city had to offer and, maybe – just maybe – decide to invest there.  They could use Melbourne’s outstanding sporting heritage in cricket, sailing, tennis, Formula One, Aussie Rules, horse racing and more as a hospitality platform, too, giving them plenty of time to extol the city’s other virtues.

Fifteen years later and they’re still sticking with the strategy.  Why?  Because it’s worked a dream.  Melbourne now outperforms Sydney on inward investment and a whole host of other metrics and is considered one of the world’s top investment destinations.  The economy has enjoyed a step-change in output and the city’s population is growing like Topsy.

Back to Liverpool and, as a MIPIM veteran of 15 years I’ve seen how the focus of the city’s promotional efforts has veered from sport to automotive, the Beatles to life sciences and many other points besides.  There hasn’t been a consistent 15 year narrative like there has from Melbourne.  And yet sport remains one of our greatest calling-cards as home to two Premier League teams, the Grand National, two Open golf courses and one of rugby league’s biggest clubs.

No tennis, no Formula One and no Americas Cup, I’ll grant you, but not a bad starting point.  I suppose the question is, is that good enough?  Perhaps not to propel the city up the UK inward investment league, but as our booming tourism sector demonstrates, it’s certainly good enough to keep the hotels we have full enough.  It remains to be seen what Liverpool FC’s descent in to mid-table mediocrity does for the industry, however.  They’d better win some fresh silverware soon or those committed Norwegians might just become a little less enamoured of them, and we’d all suffer if that were the case.