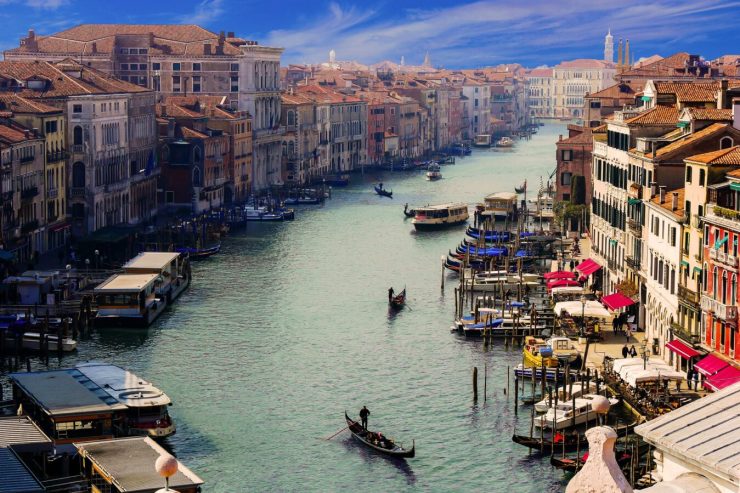 Some of the world’s most successful cities are succeeding just a little too much and policy-makers are struggling to keep the whole show from falling apart.  From Berlin to Barcelona, Venice to Dublin, it’s all getting a little bit fraught.  Dougal Paver takes a look at the issue.

Venice had a population of 134,000 in 1931.  Now it stands at fewer than 60,000 folk, its doughty maritime working class driven out by the demand for accommodation among the city’s 20 million annual visitors.

Meantime, in your author’s old stomping ground of Barcelona swathes of the city’s historic gothic core have been hollowed out by holiday rentals, whilst once-thriving neighbourhood shops and other services are given over to tourist emporia and coffee shops.

In London, which your author humbly submits is the world’s greatest city, the working folk who keep it all ticking over – the binmen, bar staff, cleaners, teachers, bobbies and tube drivers – can no longer afford to live there and so it teeters on the brink of a shuddering economic re-set that may take the rest of Britain with it.

What to do?  The policy responses differ city-by-city and if there’s a common thread it’s that the problem is darned hard to get a grip of.   The free market, with its capacity for creative destruction, remains a step ahead and policy levers that are anything but seismic tend to take too long to have an impact.  But seismic can be as destructive as a free-wheeling market and kill off sources of jobs, taxes and investment without replacing them with something more equitable.

Barcelona has been grappling for a while with the problems of spiralling rents and community dislocation caused by the shift in housing stock to short-term rentals.  At first pass its policy response seemed heavy-handed, banning hotel construction and lashing out at Airbnb with large fines for listing unlicensed apartments.  It seems to have settled on a more co-operative approach now, with Airbnb sharing data on licence holders’ listings so that it can better monitor and tax those involved in the market whilst, presumably, hoping that the extra burden of bureaucracy will act as a disincentive to further investment.  Those excellent folk at CityLab explain it well here.

In Dublin, as I wrote recently, the policy response has been ham-fisted and only served to exacerbate the problem, whilst in London efforts to compel developers to provide houses that are more affordable to the average working person have simply failed to have the required impact on house prices.  That said, rental levels in London have fallen in the last five years, but not by enough to solve the problem.

It points to the urgent need to re-balance the UK economy, utilising spare capacity in the provinces to take some of the heat out of London whilst giving a lift to the bigger, more successful cities that have the potential to break free of London’s orbit and stand on their own two feet.  That means, of course, Glasgow, Newcastle, Leeds, Manchester, Liverpool, Birmingham and Bristol.  Edinburgh and Cardiff, as capital cities, take care of themselves, whilst the dysfunctional governance of Belfast makes that a special case all on its own.

The competition to house public service broadcaster Channel 4’s new HQ and three new creative hubs has energised bid cities large and small and is a pointer to what can be achieved where the government gets its act together.  But there’s no doubt that government could play a leading role with major PLCs to persuade them to move more of their functions to the major provincial centres as part of a shared re-balancing policy.  We’ll just have to watch this space.