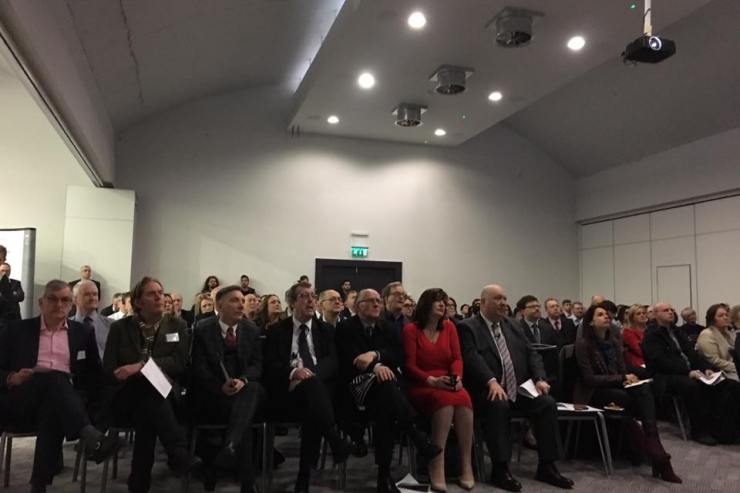 Standing room only at the Ten Streets launch - unless you got a seat, of course.

In an age of sophistry and double-speak, the public craves plain talking politicians.  Liverpool’s Mayor Anderson showed ’em how its done the other day, explains Merrion Strategy MD Dougal Paver.

Liverpool’s Ten Streets regeneration programme is another step forward in the city’s relentless regeneration, the gist of which is to take ten parallel streets running at right angles from the dock road and turn the area in to a makers’ quarter.

Whether that’s making bricks or bytes, dreams or drawings doesn’t really matter: the point is that it will become another creative hub for this famously inventive city.

The launch event at Liverpool’s Titanic Hotel, which bookends the northern end of the area, was a standing-room-only affair.  Gathered to hear Mayor Anderson speak was a seemingly incongruous mix of hipsters and metal bashers that make up the area’s employers.

Now, to be fair, you’d have to be living in Timbuktu not to have heard of the Ten Streets initiative – one of the most widely-trailed regeneration projects in a long while.  And, as someone who has organised countless public consultation events (though not this one, ably done by the chaps at Fabrik Studio) I can confirm that there are always plenty of people who claim not have been informed about what was proposed.  And so it was at the launch event.

‘As I wasn’t told and haven’t been consulted, can the mayor please rip up these plans and start again?’ went the general gist of one question from the floor.

‘No,’ came the ever-so-brief answer.

And of the dozen or so business folk I talked to as proceedings broke up, that simple word was the talk of the house – and met with universal approval.  Benign autocracy isn’t to everyone’s liking, but it’s sure pushed Liverpool forward.  And it’s turned Manchester in to Britain’s second city whilst Birmingham’s political pendulum has swung hither and thither and its politicians have either squabbled or had a majority too small to be effective.

In Liverpool Mayor Joe has  a thumping majority of 70 seats and he’s prepared to use it to push forward a pro-business, pro-development agenda.  So don’t be asking him to slow down any time soon.