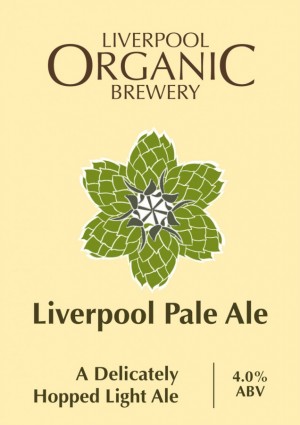 Make mine a large half

Liverpool’s shipping industry migrated off-shore to escape high taxes, taking a huge wealth creator with it. Its brewing industry is being re-born thanks to a reduction in government duties.  See the connection?

The UK brewing industry is entering a golden age, with 10% growth in the number of breweries in each of the last three years.  We now have more breweries per head of population than any other country on earth – 1,424 of them at the last count, with 204 new breweries featured in The Good Beer Guide 2016.

Thousands of jobs have been created within the supply chain and consumers have responded enthusiastically to the flowering of choice.  Standards have been driven ever-upwards and the competitive pricing of micro-breweries has been a boon to the profit margins of hard-pressed pub landlords.  You just gotta love competition.

Here in Liverpool we’re quaffing heartily on the gloriously varied output of Liverpool Organic Brewery, Peerless, Brimstage, Liverpool Craft Beer Co, Stamps,  Mad Hatter and many more.  It’s perhaps why the city is turning into the beer festival capital of Britain, suggests Mark Hensby, founder of Liverpool Organic Brewery and the man behind the marvellous St George’s Hall Beer Festival, one of many that grace the city’s calendar.  It’s thirsty work, this brewing game, clearly.

And the spark that lit this fire of entrepreneurship?  Lower duties per barrel for smaller brewers – half what the big boys pay, in fact.

Yes, the simple imperative of allowing entrepreneurs to keep more of their hard-earned has driven an investment boom, creating more revenue than the income foregone by the tax cut.  Hardly rocket science, if you understand the entrepreneurial mind-set, but successive governments stuffed with PPE policy wonks haven’t exactly demonstrated a keen grasp of the wealth creation process.

It points us neatly to the bleedin’ obvious: when government gets out of the way enterprise, investment and creativity flourish and everyone benefits as tax revenues rise across the board.  By contrast, high taxes kill enterprise by reducing the incentives to invest and an unwieldy government raises costs by crowding out the private sector in the battle for scarce resources.

In the cases of taxation and government interference, less is actually more, then – and the UK brewing industry is living proof of the fact.