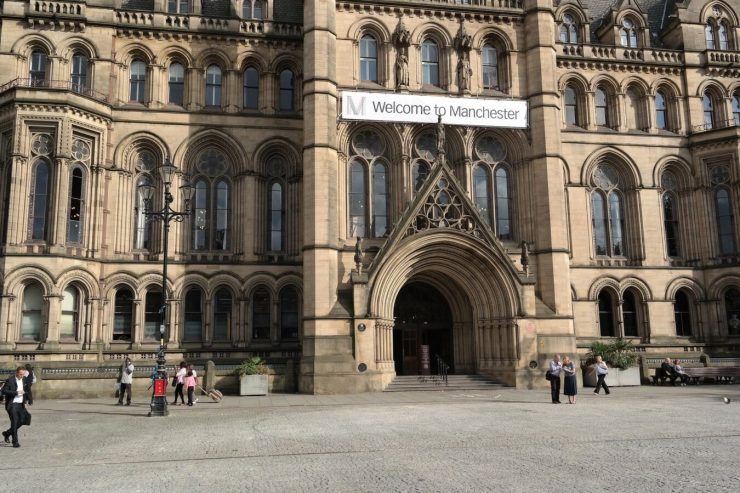 Manchester. Is this now the UK's second city?

A much-publicised suggestion by The Economist magazine that the government should move to Manchester whilst the Houses of Parliament are refurbished has given Birmingham’s cheerleaders a fit of the vapours.  Is it no longer the UK’s second city?  Merrion MD Dougal Paver investigates.

In Britain’s Victorian hey-day at least four cities could make a credible claim to be the nation’s second city – and often did. Glasgow, by dint of its ship-building prowess; Birmingham because of its industrial might; Manchester, our King Cotton; and the great port city of Liverpool, where 25% of all the taxes in the UK were raised and paid.

All had scale, global reach and dominance in their respective sectors and each more than paid their way.  They had commercial and industrial elites that punched heartily above their weight and each was accorded great respect by London’s political class. Nowadays, they have to fight for every pound of additional support and every second of ministerial attention.  How things change.

London dominates in terms of key infrastructure investment and this, combined with its rampant economy, serves to reinforce its lead and make it harder for the regional cities to catch up.  The UK, unlike most other advanced economies, has an almost debilitating degree of centralisation and we lack the multi-polar political and economic structure of our rivals.  For every Rome, there’s a Milan, Genoa and Turin; for every Berlin a Hamburg, Frankfurt and Dusseldorf.

Here in the UK, if our cities want to invest to grow, they must first pass muster with Whitehall via SIF bids and other competition-based mechanisms.  Whilst they focus local authorities’ minds on what their economies best need to prosper, we’re still dependent upon London’s largesse to make progress.

The Economist made an interesting suggestion last week to counter this: move the capital to Manchester for eight years whilst the Houses of Parliament are refurbished.  The sound of Brummies choking on their cornflakes could be heard as far as Bolton and the timing – with MIPIM hoving in to view – couldn’t have been worse.

But there’ll be no smug grins on Mancunians’ faces as the two cities face each other off across The Bunker in Cannes the week after next.  As ever, the city’s pragmatic leader, Sir Richard Lease, avoided the temptation to grand-stand.  Speaking to the Manchester Evening News, he said:

“While it’s encouraging that Manchester’s strengths and potential are being increasingly recognised both nationally and internationally, we see our role as complementing London rather than competing with it.

“We know most Mancunians would consider our city the capital anyway. This is a bit of fun, but there is an important message behind it.

“If the government is serious about rebalancing the national economy and reducing the dominance of London, what matters most is not where is designated the capital city, but where the investment takes place.”

And quite right, too, but over in Brum I’d imagine there’s more than mild unhappiness that, yet again, it has been overlooked and Manchester’s credentials as our new second city have been burnished so publicly.  Say something often enough and it becomes so, and the fact is it’s being said with sufficient frequency that Manchester’s elevation is now being taken as a given.

There’s a PhD thesis in how this has come to pass because Brum’s scale still tops that of Manchester.  It may not be the prettiest place on the planet, but it’s big.  Very big, in fact, with the supply-side scale to go with it.  But the fact remains that Manchester’s long-term political and executive stability, which has fed in to everything from policy consistency to deeper relationships with Whitehall, have allowed the Lancashire cottonopolis to pull ahead on multiple fronts.  Even things like the prominence of its two football teams, who bear the city’s name, will have benefited Manchester in terms of brand recognition and prestige. Birmingham doesn’t even have a team in the Premier League, never mind the European competitions.

Anyone willing to fund that thesis?  I, for one, would be fascinated to sit down and read it.