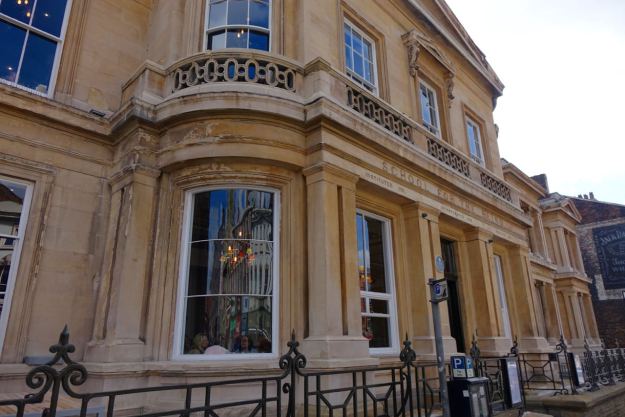 In the early eighties I had a newspaper round delivering what was still a broadsheet Liverpool Echo.  Week after week, it felt, there were announcements of one major plant closure after another.  Tate & Lyle, Metal Box, Triumph, Meccano, Ford, Dunlop, Mersey Docks – on and on they went, with unemployment spiralling to beyond 30% before population decline thinned it out.  How things have changed.

Unemployment became Liverpool’s totem – the figure by which politicians held up to the world the iniquity of globalisation, Thatcherism and cold-hearted multinationals.  There used to be a digital counter on the front of the Merseyside Trade Union, Community & Unemployed Resource Centre on Hardman Street reminding us how the glum figure was remorselessly ticking upwards.

For the last ten years it’s been remorselessly ticking downwards and last week the Liverpool Echo published a throwaway statistic which left me puzzled as to why it wasn’t on the front page: the total number of unemployed in Liverpool’s six boroughs has fallen by 43% – in the last twelve months alone.

That, by any measure, is what a tabloid would surely call a “jobs miracle.”  Not least because for the last two quarters unemployment across the rest of the UK has risen slightly.

There’s much that underpins this success but that’s for another blog.  My puzzlement lies with why neither the media nor politicians have not been trumping this from the roof tops.  Labour and the Lib Dems because they’ve done so much at a local level to inspire confidence; the Tories nationally, likewise.  And it’s a gift of a story for the national media because it offers them the perfect platform for a feature story based on how the facts manifestly challenge two widely-held beliefs – that Liverpudlians are a work-shy bunch and that its economy is a laggard.

*Indicative of the change in Merseyside’s fortunes and the prospects for its young people is the fact that the unemployed resource centre mentioned above is now a very elegant gastropub (pictured) employing more than 40 people.