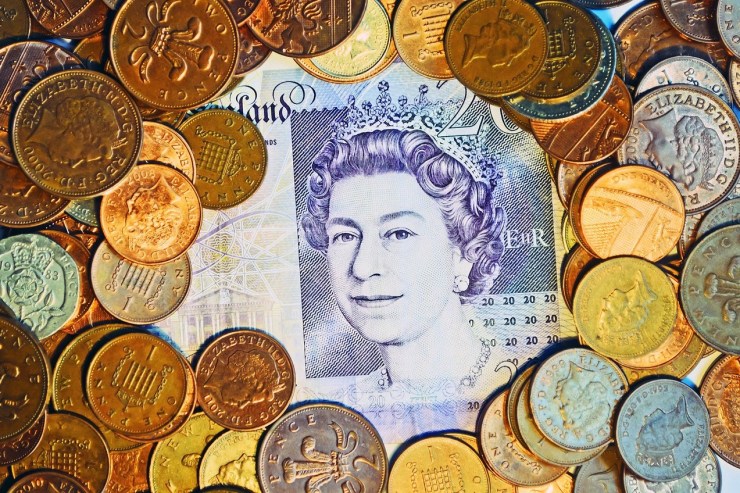 The good folk of Manchester, Liverpool and Wirral have enjoyed steady wage growth over the last five years – but don’t ask Merrion’s managing director why.  He’d only be guessing.

Numeracy isn’t my thing, but as the son of a geography teacher maps, charts and graphs most certainly are.  Whilst pootling around my on-line reading list I came across the graph below on the excellent City Metric blog and it caught my eye (with the aid of a magnifying glass). 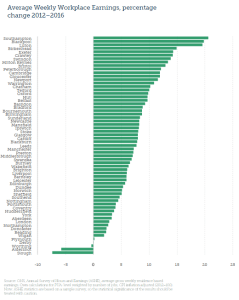 A little bit of wage inflation: just what the doctor ordered

What it tells us is this: during the five years from 2012 sustainable wage inflation (ie netting out RPI) has been enjoyed across the majority of British towns and cities.  It’s an average figure and within it there are doubtless winners and losers, but the overall picture mirrors that of record employment levels, forecast-busting economic expansion and continued strong confidence in the UK as an investment destination.

Interestingly, one of the arguments put forward by the Brexiteers during the debate in the lead up to last year’s referendum was how continued high levels of immigration had depressed wages.  Their argument was that this was particularly prevalent at the lower end of the wage spectrum – which this graph doesn’t show – and they may well be right.  But overall, the UK is enjoying some benign wage growth that will, doubtless, be one of the contributory factors to the country’s high levels of consumer confidence.

Of note are Manchester, Liverpool and Wirral’s (well, Birkenhead’s) performance, the latter romping home in fourth place with 15% net growth in earnings.  Factor in that eastern Wirral is one of the few places in the UK to beat the European average for patent registrations and you get a sense of the sheer number of people involved in high value-added manufacturing and research at major employers like Unilever, Bristol Myers Squibb and Cammell Laird.

Manchester and Liverpool put in creditable performances of 8% and 6% respectively, but when the admirable Centre for Cities tried to correlate this with things like productivity growth or export performance they found no link.  Wider economic growth may hold the key: Liverpool’s, for example, has been racing ahead since 2008 and paused only for a month during the 19 month recession.  Simple supply and demand may be at play here.

Gently rising wages deliver significant benefits: more prosperity, rising confidence, increased personal consumption and investment and a feeling of greater wellbeing.  Put another way, the feel good factor is back and that pound in your pocket is just a little bit shinier.  Amen to that.