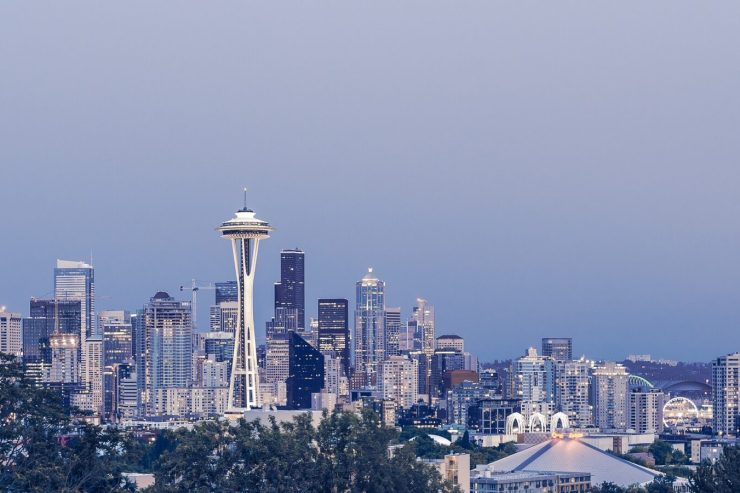 Seattle, where the rain never gets in the way of creating wealth

Just a handful of the world’s cities account for half of global venture capital investment in tech innovation.  No surprises: London is the UK’s only representative in this stellar league table.  Merrion MD Dougal Paver ponders what this means for Britain’s provincial cities scrambling to build and sustain their own tech sectors.

Get this: the conurbations of San Francisco, Washington DC, London, Boston, San Diego and Seattle account for almost half of all global venture capital investment in technology, according to the latest book from leading urbanist Richard Florida.

Economic activity is being concentrated in a small cohort of superstar global city-states, he demonstrates, creating huge disparities between cities, but also within them.  The sort of staggering wealth we see in London, and the problems it creates in terms of housing inflation and inequality, are manifest elsewhere, too.

Swansea?  Middlesbrough?  Plymouth?  Nope, not on the list.  Nor anywhere else outside London.  Money, talent and the innovation that flows with it follows the herd, making a mockery of efforts to create tech hubs in provincial cities and driving a relentless growth in inequality between London and the rest.

But should we give up and go home?  Accept our lot as grateful recipients of lower-cost back-office jobs transferred via some well-meaning corporate largesse from London’s glitzy towers to up north?  After all, such investment is transforming Manchester, turning it in to our second city at Birmingham’s expense and driving land values and development profits ever northwards.  Being second-best can be quite good, thanks very much.

The answer must be, of course, no.  Seattle was just a rainy west coast port with a few big employers until serendipity saw a few techies get to it in a garage and give birth to Microsoft.  Such is the disruptiveness of technology and the sheer inventiveness of mankind that who knows what will be thrown up next in some far-flung corner of Britain?

The issue, of course, is can it be scaled up?  And can a self-sustaining cluster emerge around it that is sufficiently large to grow the metrics of earnings, exports and wealth across a whole city region?  Dundee is home to one of the world’s most dazzlingly-successful computer games companies, but it’s not turned the city of jute, jam and journalism into a rival for San Francisco.  And innovators can go in to reverse, too, of course.  Just look at fintech leviathan Sage, up in Newcastle-upon-Tyne, the Microsoft of accounting systems whose lunch is now being eaten by nimble upstarts such as Xero and QuickBooks.  As a former user of its clunky system, I can see why, too.  And for all the glitz of its campus out near the airport it, too, never spawned a tech eco-system in its host city.

One of my property clients houses a company in Warrington that has developed a staggeringly clever software programme that tidies up the millions of cookies that clog up corporate networks and slows them down, costing trillions, globally, in lost productivity and system maintenance and expansions.  It’s unique and so they’re busy signing up major corporates at a rate of knots.  They have the potential to grow exponentially and they’re embedding their first-mover advantage intelligently, as far as I can see.  But it’s also obvious that they lack sufficient dough to really scale up quickly and so how long will it be before they head down to London and reinforce the capital’s hegemony?  One must hope they buy a return ticket, suckling on London’s financial teat but funnelling its sustenance back to Warrington.

Money will go wherever there is profit, but given the mobility of people and ideas, it’s usually quicker for them to head to the fountainhead of wealth rather than to try and persuade it to come up to you.  And that’s what’s happening on a quite staggering scale, creating wealthy enclaves within the gilded metropoli that cannot be good in the long term.

Me?  I’d settle for general prosperity and the quiet hum of meritocratic effort and endeavour.  Surely that can’t be beyond the reach of Britain’s great provincial cities?